It is often said that when you become a member of Landcare you don’t just inherit a new group of friends, you become part of a family. Landcare volunteering imparts new skills and enables participants to be part of the solution, a chance to reverse some of the damage we have imposed.

Landcare groups appreciate any time you can spare, whether an hour a week or an hour a month. Volunteer with your local Landcare Groups. 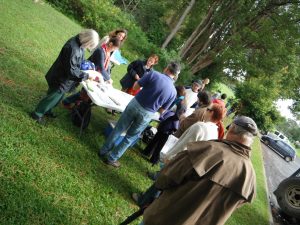